The world is gaining momentum – mostly on tires consisting of synthetic rubbers. But the tire industry is facing new challenges: To protect the environment, vehicles are expected to consume significantly less fossil fuels and thus emit ever less CO2. This requires tires which facilitate a lower fuel consumption and have a longer service life – of course, without compromising safety. ARLANXEO supports its customers in the development of tomorrow’s tires with innovative high-performance rubbers. Together we find solutions – for more mobility and more sustainability on the road.

Our Solutions for E-Mobility

A more sustainable future: electric cars on the road are still the exception rather than the rule. But this is about to change. Many countries therefore promote the sale of electric cars with tax advantages and purchase premiums. This is also done to achieve the goals of the Paris Climate Agreement.

Electric cars are regarded as a sustainable alternative to vehicles with combustion engines: Powered by a battery, electric cars drive without emitting CO2. Because instead of petrol or diesel, they fill up with electricity at special charging stations – preferably from solar energy, wind, or water power. This conserves fossil resources and protects the environment.

ARLANXEO products also contribute to the electrification of the car. As a synthetic rubber specialist, we work together with our industrial partners on innovative solutions, including  those for electric cars.

The tires are narrower but larger in diameter than for vehicles with internal combustion engines. This has a positive effect on rolling resistance and thus on the range of a vehicle. This is because anyone who has mounted tires with a lower rolling resistance won't have to go to the charging station until much later. Because electric vehicles are quieter than combustion engines, you can hear the sounds of the tires more clearly. Interdisciplinary cooperations to develop creative solutions are necessary to solve this demand of more silent tires. Conventional tires wear out faster in electric cars. This is because the torque of an electric motor during ignition and acceleration is higher than that of a combustion engine. As a result, new tires have to be replaced faster than with gasoline engines.

ARLANXEO is working on new high-tech rubber grades which are designed to meet the tire requirements for electric cars as well: Such tires will cope better with the higher weight of the vehicles as well as with the powerful torque during the start of driving. They reduce rolling resistance and wear. This means driving ranges of respective vehicles and the lifetime of tires can be increased at the same time to allow and support a wider penetration of electric cars onto the road.

ARLANXEO battery laboratories in Germany and China
​​​​​​​
High-performance vehicle batteries are a challenge for the development of electromobility: One battery charge is often only enough for a few hundred kilometers, charging takes time – and filling stations with charging stations are not yet widespread. In its battery laboratories in Dormagen, Germany, and Changzhou, China, ARLANXEO is researching the use of innovative rubber grades in lithium-ion batteries – for shorter charging times, more power, and greater range.
​​​​​​​
Many countries around the world are planning to replace most or all of their gas and diesel vehicles with electric cars. Battery-powered vehicles are regarded as the key to greater climate protection. However, their acceptance by consumers depends to a large extent on the performance of the batteries. The demand for high-energy battery cells that can be produced cost-effectively and in an environmentally friendly manner is high – and is increasing with the spread of electric cars. In two specially equipped laboratories in Dormagen, Germany, and Changzhou, China, ARLANXEO is already researching innovative rubber grades for the latest generation of batteries.

In order to promote electric mobility, many countries are funding corresponding research projects. The EU has launched a “European Battery Alliance” and the German Ministry of Education and Research (BMBF) has launched the “Battery 2020” funding initiative. This includes the project “HEMkoop” (short for: “high energy materials cost-efficiently and ecologically processed”) – funded by the BMBF – in which various industrial companies and research institutions want to develop improved material and processing technology for battery systems by the end of 2020. As part of the “HEMkoop” project, ARLANXEO project team located in the new overarching laboratory in Dormagen, Germany, works in close cooperation with the research and development department in Changzhou, China. The team is examining various rubber types and working to develop new, innovative grades with better performance. By working together with our project partners, we will optimize production. 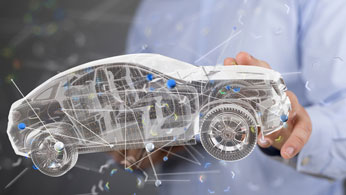 Be it in tires, performance parts for cooling systems, or brake pads, we are helping to make sure cars meet the sustainability requirements of tomorrow. 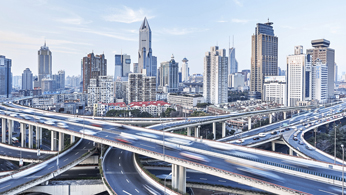 How do we pave the way for sustainable coexistence in the cities of tomorrow? ARLANXEO has many ideas for how its synthetic rubbers can solve this issue.